TOP 1O S is where youll find my opinion on all things from top 10 players to top 10 moments,games,goals,managers etc that kinda thing hail hail….

Celtic 2-1 Vojvodina Novi Sad
Celtic Park, March 8, 1967
A last-minute goal from Billy McNeill put Celtic into the semi-final of the European Cup. Vojvodina had won the first leg in Yugoslavia 1-0, but Stevie Chalmers scored in the return leg before Cesar headed home a Charlie Gallagher corner. 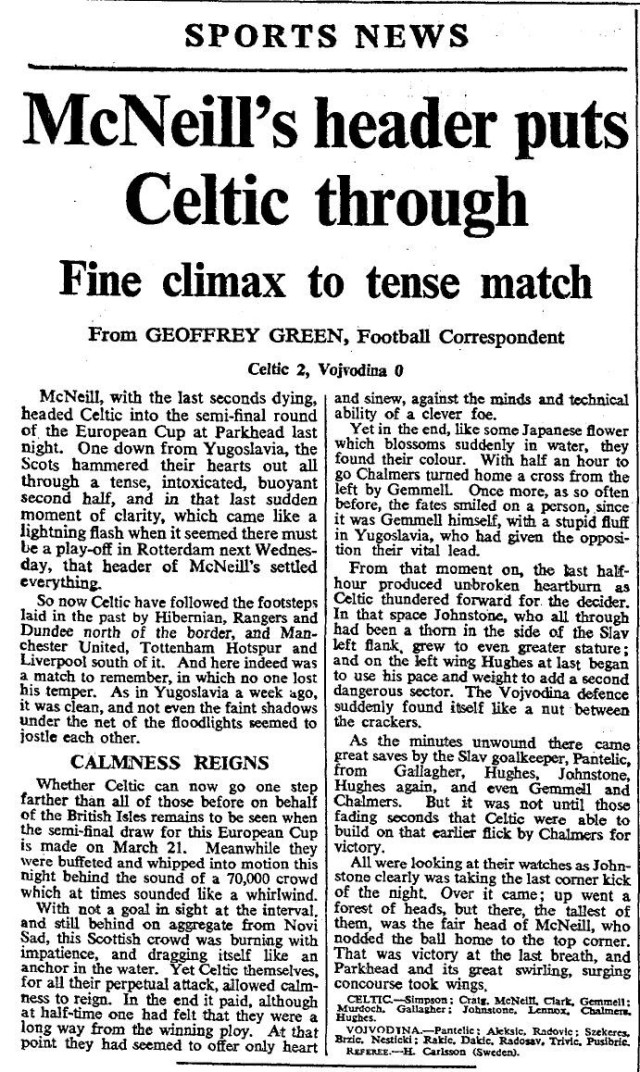 Celtic 2-1 Internazionale
Estadio Nacional, Lisbon, May 25, 1967
The greatest triumph in the history of Celtic as goals from Tommy Gemmell and Stevie Chalmers gave Jock Stein side a magnificent 2-1 victory over Inter Milan in Lisbon. Celtic became the first British team to lift the European Cup.

Celtic 2-1 Leeds United
Hampden, April 15, 1970
A European Cup record crowd of 136,505 crammed into Hampden to see Celtic beat English champions Leeds United 2-1 in the semi-final, thanks to goals from John Hughes and Bobby Murdoch. The Hoops had already won the first leg 1-0.

Celtic 1-2 Feyenoord (aet)
San Siro, Milan, May 6, 1970
Celtic were denied a second European Cup after they lost 2-1 in extra-time to Feyenoord. Tommy Gemmell scored in his second final but it was quickly cancelled out, and the Dutch side scored again near the end of the game.

Ajax 1-2 Celtic
Olympic Stadium, September 29, 1982
Goals from Charlie Nicholas and George McCluskey gave Celtic a memorable victory over Johan Cruyff’s Ajax in Amsterdam. The first leg in Glasgow had finished 2-2, but despite being underdogs, Billy McNeill’s side produced a wonderful performance to go through.

Liverpool 0-2 Celtic
Anfield, March 20, 2003
Celtic progressed to the semi-final of the UEFA Cup with a comprehensive victory over Liverpool. Having won the first-leg 1-0, Martin O’Neill’s side completed the job at Anfield, thanks to an Alan Thompson free-kick and a John Hartson wonder strike.

Celtic 2-3 Porto (aet)
Estadio Olimpico, Seville, May 21, 2003
Celtic lost out in extra-time of the UEFA Cup final, despite two wonderful Henrik Larsson goals. Over 80,000 fans had travelled to Seville and set an example to the world of how to support your team, regardless of the result.

Celtic 1-0 Manchester United
Celtic Park, November 21, 2006
A wonderful Shunsuke Nakamura free-kick gave Celtic victory over Manchester United and a place in the last 16 of the UEFA Champions League for the first time. They also had goalkeeper Artur Boruc to thank for a late penalty save.

Celtic 2-1 Barcelona
Celtic Park, November 7 2012
Goals from Victor Wanyama and Tony Watt saw Celtic record a memorable victory over a side roundly hailed as the greatest in club football. A late reply by Lionel Messi wasn’t enough for the Catalan giants as Neil Lennon’s side held on for three crucial Champions League points, ultimately leading to qualification for the last 16.

10. The Best of Celtic Fans

Ok theres some crackers in there hope you enjoyed the videos and please leave a comment or a like …one thing about celtic fans known around the world is were the most passionate and vocal for our club,and in full voice second to none hh god bless and enjoy another fine season …………….

Or the day we won the league. Having blown the chance to win the title at Tynecastle the previous week, the Celtic players were determined to clinch the league championship in front of their home fans. The official crowd for the match was around 60,000 but in truth there was probably nearer 80,000 crammed onto the terracing that day. Goals from Chris Morris and an Andy Walker brace helped take the roof off the stadium, and the Celtic fans threw in a pitch invasion as well.
not managed to find highlights for this one yet hh

Again to pick 10 games from thousands there could have been loads
these are the ones that sprung to mind and ment most to me….hh

1..Henrick Larsson Against Klos easy one for me what a goal

2..Nakamura V The Zombies(rangers)The Bend The Swerve a Thing Of Beauty

4..Larsson v Porto Uefa Cup Final 2003 …both goals from a guy who deserved that cup

6..Chris Sutton v The Zombies This Made It 6 In a Row Against the unwashed

8..Alan Thompson v The Zombies in a 3-0 Pumping

9..Hartson v Liverpool not the best quality but a great goal from big bad john

could have picked many goals and 6 against rangers1873-2012 deceased but these were the ones that stuck out for me ….

Players in my era 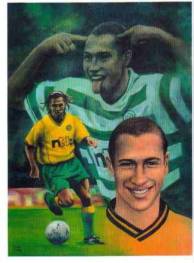 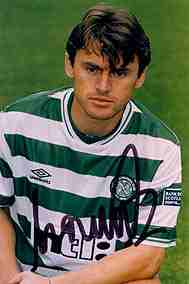 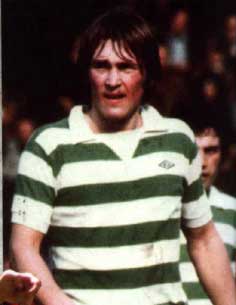 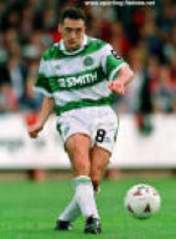 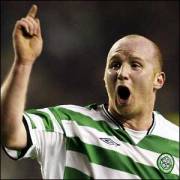