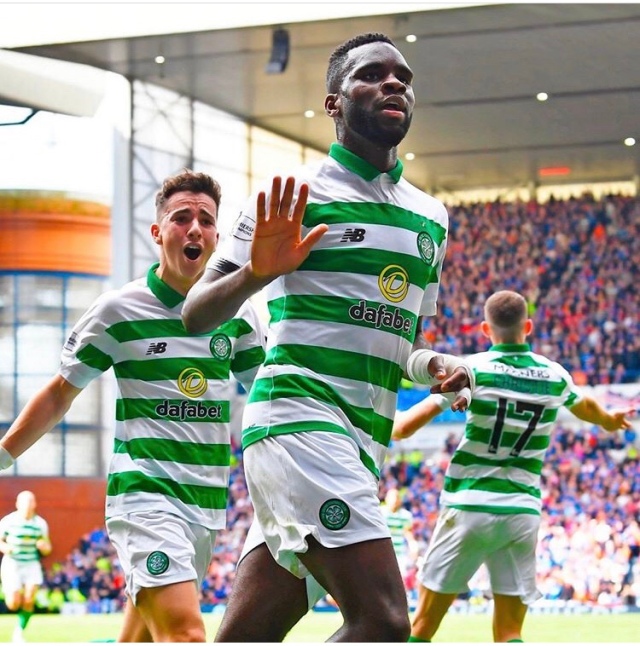 CELTIC sent a clear and resounding message to title challengers Rangers with a dominant 2-0 victory at Ibrox. The Hoops continued their 100% winning start to the season with an impressive performance full of quality in both attack and defence.

Odsonne Edouard put the champions ahead in the first half with a typical cool finish and Jonny Hayes killed off the game in added time with the second.

Celtic started brightly and immediately set about attacking the home side. Ryan Christie was behind the first attempt, a well-struck left-footed shot from distance that flew wide of Allan McGregor’s near post. 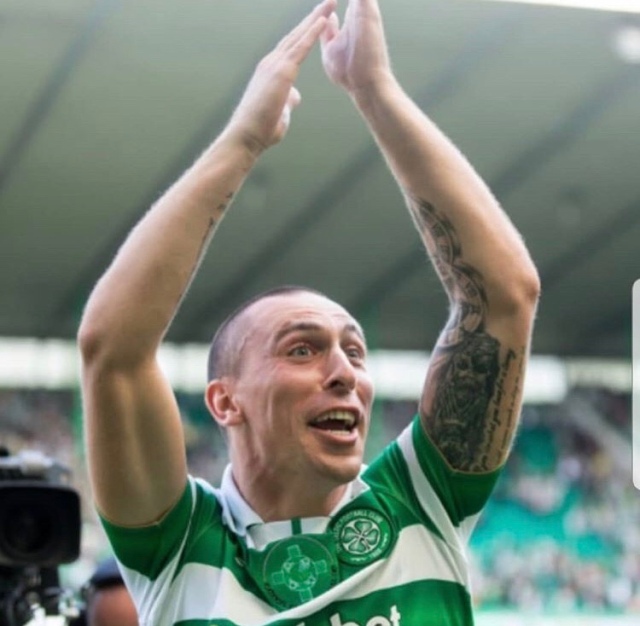 Johnston troubled the opposition defence early on with his aggressive attacking play. The Hoops winger dribbled through the defence and cut a good pass into the six-yard box from the byline but it was intercepted and cleared.

Steven Gerrard’s team began testing the Celtic defence after around 10 minutes and Hatam Elhamed showed his quality with a well-timed sliding tackle to cut out a one-two between Joseph Aribo and Jermain Defoe inside the box.

Edouard looked a threat every time he got on the ball and linked up well with Christie and Forrest, but the Frenchman had to wait for a clear window at goal. That came from a set-piece when Christie was fouled 30 yards from goal. Edouard’s right-footed curler towards the near post was a few yards wide of the target.

Fraser Forster was tested just before the half hour mark when Steven Davis slipped a pass through to Defoe. The Englishman cut inside but his attempt was straight at Forster.

Celtic responded in a fashion typical of the champions as they went in front two minutes later. Mikey Johnston collected the ball on the byline and threaded a perfect pass through to Edouard. He dribbled his way into the box and calmly slide the ball under Allan McGregor to secure his sixth goal of the season.

Both sides battled in the middle of the park to take control of the game and it was Celtic who were the more dominant of the two. Neil Lennon’s side pressed their opponents with aggression and never allowed the home side to settle in the game.

Rangers had an early glimmer at goal shortly after the restart when Aribo slipped the ball to Defoe. The Englishman turned and shot from close-range but Elhamed was right on the striker and blocked the shot.

The Ibrox side pushed forward in numbers in search of an equaliser but the Hoops shouldered the pressure well, particularly the central defensive pairing of Jullien and Nir Bitton who were solid at the back and dominated the aerial battles.

Neil Lennon was forced into changing his defence when Bitton was forced off after picking up an injury. That meant Moritz Bauer made his Celtic debut, the Austrian slotted into the right-back position, with Elhamed moving into central defence.

The Irishman made a tactical change with Olivier Ntcham coming on for Forrest and the French midfielder helped Celtic tighten their grasp on the game from midfield.

The changes to the defence did nothing to hinder Celtic’s control on the game and the champions upped the pressure on Rangers. Edouard looked intent to add to his goal tally as he tried to test McGregor from distance, only for his effort to flash over the crossbar.

A period of significant pressure followed and Celtic rocked Rangers with a flurry of chances, the first coming from Callum McGregor who saw his well struck shot blocked inside the box. Rangers goalkeeper McGregor rescued his side to deny Celtic a second when he kicked away an Elhamed shot at his near post. He quickly made a second save to stop a strike from Christopher Jullien. 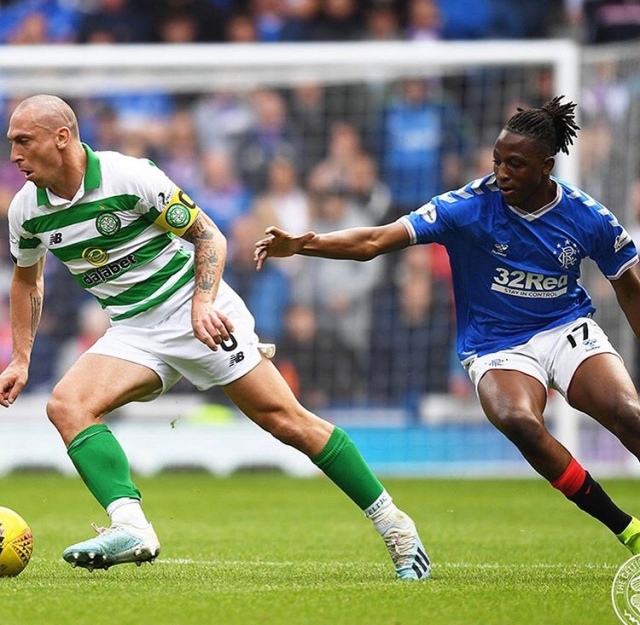 Another chance late in the game saw Ntcham cleverly drag two opposition players out wide before rolling the ball into the path of Hayes. The Irishman cut a pass across face of goal for Edouard but Connor Goldson slid in to intercept.

Hayes sealed the win for Celtic minutes later when Celtic floored Rangers on the counter-attack. Ntcham collected Jullien’s headed clearance and threaded the ball through for Hayes. The Hoops winger’s first attempt was saved by McGregor but he quickly collected and knocked in the rebound before running over to the ecstatic travelling Celtic fans to celebrate.

THE CELTIC FOOTSOLDIERS MACLAD1888 The blog was setup over 6 years ago its mainly about celtic football club and the great fans ,but olso the wider footballing issues in scotland like Rangers fc deceased 1873-2012-and there piriah club Sevco .... its always developing and its not the finished article theres pages at the top which are works in progress..the core off the blog is fully operational and theres more than enough for people to get through,im always adding stuff.so enjoy it and share...this club off ours is very special its like no other and the celtic family is worldwide hh and god bless YNWA
View all posts by Maclad1888 →
This entry was posted in Celtic Football Club, sevco5088, Various and tagged celtic, Celtic F.C., Celtic FC, CELTIC FOOTBALL CLUB, celtic footsoldiers, Celtic Park, hoops, Leigh Griffiths, maclad1888, paradise, parkhead, Scott Brown, Scottish Premiership, the hoops, The Zombies. Bookmark the permalink.