Get Off Lennon’s Back And Let Him Finish The Job ! 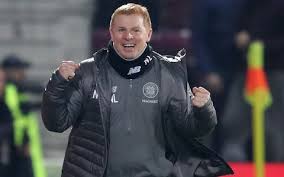 Get Off Lennon’s Back And Let Him Finish The Job !

I’m sick of social media .. Celtic are currently going for 8 in a Row and a Treble Treble , something rarely achieved in football ..

Yet fans just can’t help themselves attacking the club and the manager , while we should be leaving this utter none sense to other club fans , Celtic supporters seem to want to be the ones derailing our championship bid ..

It’s like they want Neil Lennon to fail so they can get any other manager in except him .. it’s ridiculous considering he’s unbeaten in 9 since arriving in February to take over from Brendan Rodgers …

Lennon is a Celtic man through and through and we are dam lucky to have him at the helm , nothing has been won or lost yet , so why are people do determined to attack the man ..

You do that at the end of the season , you digest the facts and move on , their is no doubt the club has a big decision to make considering the nxt few seasons could see us win 10 in a row …

The title will be won and it will set up the final phase of our historic season end of may in a Scottish cup final against Hearts , where our club can win a treble treble , something never done before , Celtic are the trend setters in the uk ..

I hope our fans wise up and see the negativity that all this social media rumblings does is put more pressure on Neil Lennon and the team , let’s once and for all join together to push onwards to the title and cup as a family a club one force against the rest HH …

THE CELTIC FOOTSOLDIERS MACLAD1888 The blog was setup over 6 years ago its mainly about celtic football club and the great fans ,but olso the wider footballing issues in scotland like Rangers fc deceased 1873-2012-and there piriah club Sevco .... its always developing and its not the finished article theres pages at the top which are works in progress..the core off the blog is fully operational and theres more than enough for people to get through,im always adding stuff.so enjoy it and share...this club off ours is very special its like no other and the celtic family is worldwide hh and god bless YNWA
View all posts by Maclad1888 →
This entry was posted in Celtic Football Club, Various and tagged blog, celtic fan, Celtic FC, google, Neil Lennon, Sports, wordpress. Bookmark the permalink.